I Don't Believe in a Hill Called Mount Calvary 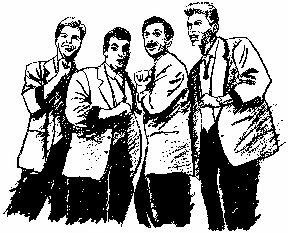 We ought to stop longing for A Mansion over the Hilltop.  In 1611 the word "mansion" simply meant a place to live.  The actual idea in John 14:1-2 is clearly the "Father's house" has more than enough room for everyone.  The gospel song seems to suggest heaven is going to be a land of millions of eternal antebellum southern plantations.  I would note this is an image of heaven many black Christians, for some reason, find less than appealing.

Sometimes, the images are so deeply rooted in the presumed mythology of popular Christianity that even well-informed believers are surprised at the absence of any biblical basis for them.

What's wrong with any of that?

If we're talking about the overall intention of the song, nothing whatsoever. The centrality of the atoning sacrifice of Christ in dying on a cross for the sins of the world has been and must remain a core truth of Christianity.  For our sake, He was crucified under Pontius Pilate.  He suffered death and was buried.  On the third day, He rose again, according to the scriptures.  He ascended into heaven and is seated at the right hand of the Father.

But, unless you are hiding something in the attic that would be a real show-stopper on the Antique Roadshow there is no "old rugged cross" for you to hang onto.  Even if you managed to find one of the numerous so-called Pieces of the True Cross found in hundreds of European churches, it is not likely any of them is genuine and even less likely they would still be there when "earth is no more."

Add to that the fact that the word "Calvary" is a made-up word based on the Latin phrase Calvariæ Locus (place of the skull).  In modern English Bibles, this is more accurately called Golgotha.  Also, there's no mention of it being a hill.  That idea (assuming there might have been a skull-shaped hill) comes long after the time of the apostles.

Finally, with apologies to everyone who loves southern gospel music and not yet sufficiently offended: even if I could go back 1,981 years and grab the actual old rugged cross, what would I have?  It was the God-man on the cross that mattered.  After his body was taken down, just like before his flesh was nailed against it, it is just wood.  (I explore this idea in "A Crucifix at Church.")

For a historic tradition that balks at the idea of veneration of sacred relics, all this attention to the old rugged cross as an object of such unbridled adoration imbued with salvific power would be a real shock to the leaders of the Protestant Reformation.  But, give it a good melody and drop it in the middle of a Gaither Homecoming, and thousands of Protestant happily sing about worshiping some seemingly eternal pieces of wood.

The truth is, I'm not blasting out a broadside against southern gospel music, including the songs mentioned above.  I just wanted to hold up a whimsical mirror to some of the silly things we all sing that are not actually biblical (such as a woman giving birth as a silent night or an infant too holy to cry surrounded by happily lowing cows).  Come Christmas, I'm not the Grinch demanding proof texts.  I'm right in there enjoying every silly and overly-sentimental lyric.

I just wanted to make it clear, the next time someone around you voices an often-justified criticism at some less-than-stellar lyrics they heard sung at church, that silly lyrics did not begin only when their beloved Hammond B3 got replaced by electric guitars.

Absolutely. There's plenty of triteness, silliness, misguided sentimentality and doctrinal questionableness to go around, whatever the genre. And I've been as responsible for spreading some of it as anyone else, both then and now.

I remember singing along happily, thinking I was really groovin' out to a hip, new Christian music sound when groups would sing, "Did you ever hear God speakin' to you, saying, 'I've got a job to do, and I'll sure be needing you if it ever gets done!' "

I was thinking about that song a few years ago when it suddenly struck me: That's a mighty weak God who has something he wants done, but there's no hope of it ever happening without it being up to the likes of ME!

Those lyrics always come back to me when I want to say to one of our students, "Your music isn't very theologically deep." But, at some level we both understand, I still love listening to it. Maybe it's the whole connect-to-your-spiritual-journey thing. And, there is a place for fun and entertainment when it comes to music (maybe not disguised as worship, of course).

Absolutely. I recently bought a bunch of old Imperials recordings. Love listening and singing along, even the ones that wouldn't pass muster if used as a sermon. Deep personal connections in them.

I agree, the idea is to focus on The Lord not on a man made object (the cross), I am a big fan of bluegrass gospel and there are songs that use that kind of imagery, that doesn't make them bad songs. Ok I'll cut to the chase here, focus on Jesus Christ, musicians are trying to give you a feeling, He will give you life everlasting.

Oh for pete's sake! The songs are about Jesus. If you don't like the imagery don't listen, but IMO, this is nit picking at it's finest.

I'm 57 and grew up in the church. Basic evangelical churches, basically doing it right. As an adult I have had to get past some skewed beliefs that came from my interpretation of things that were said in church and Sunday school. While reading this, I had another "ah-ha" moment. It wasn't just preachers and teachers who misled me. Confusion and erroneous beliefs also came from incorrect lyrics. It seems I would have done better if my teachers had "nit-picked" more.

Personally, if I ever get lice, I want every single solitary nit picked out of there!