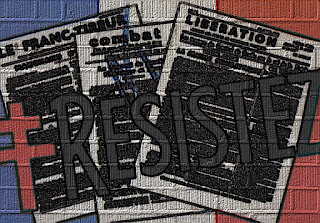 The small speaker crackled with static, and then they heard it.  “Les sanglots longs des violons de l'automne blessent mon coeur D'une langueur Monotone.”  The poem by Paul Verlaine was well known.  Many listening had learned it in childhood.  The melancholy words spoke of the long slow weeping of autumn’s violins.

This time the words held sensus plenior (fuller meaning).  This time they were announcing, somewhere out there in the darkness, ships were plowing their way through the waters of the English Channel  – among them a thousand Higgins boats – the landing craft that would bring soldiers of the Allied Expeditionary Force onto the beaches of Normandy, beginning the liberation of France. 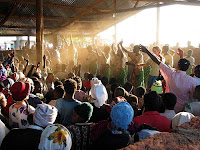 Around the year 1900, Plymouth Brethren missionary Dan Crawford asked a Congolese woman why she got up and started dancing in church,  "Oh! it is only the praise getting out at the toes."

Dancing is a form of art that you do.  And I mean that in an absolute sense.  You dance.  You become the art.  It is not something you do to someone or something else.  People can play a piano, beat a drum, paint a canvas, lead a choir, carve a statue, or write a praise song.  But, for people to dance you do not have to have a piano or a drum or a canvas or pen and paper.  You just need willing and able to move your own body.