Once, I was one of the sneakers.  Maybe the old folks didn't know we were there, but we were. 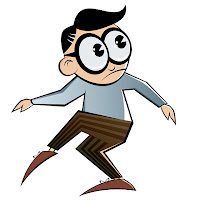 A long time ago, back in the revolutionary 1970s, my co-conspirators and I would sometimes sneak away from the dignified worship services of our own tradition.  We weren’t abandoning the faith.  But, we had to sneak anyway.  I mean, what would people think?  We were going to visit, shhh -- please don’t say this too loudly, a Charismatic worship service.

Back then, you see, Christian Church worship was always three or four hymns or gospel songs with piano and organ.  The newest fad was the stirring best sellers of Bill and Gloria Gaither.   We had predictable prayers in predictable places.  If it was Sunday, we observed a predictable Lord’s Supper (nobody needed directions).  Then, an expository sermon with the most faithful marked by their open notebooks and busy pencils.  Everybody knew this was how the Apostle Paul worshipped.  Or, how he would’ve worshipped if he could have just found a notebook and pencil.  Many suspected Bill Gaither had known Paul personally.

But, we knew Pentecostal worship services were nothing like ours.  We knew somewhere out there, in our own towns and cities, there were congregations with guitars and drums.  People stood up. They put their hands up in the air.  Some of them, or so the rumors whispered, swayed and moved in rhythm with the music.  We knew our preachers would be aghast and our parents alarmed.  A few would make the full leap and embrace the whole Pentecostal package.  But, most of us had no intention of abandoning the good ship Stone-Campbell for the murky waters of the holy rollers.

We quietly snuck out of our services to go to their worship because we found in their joyous music and in their uplifted hands and in their dancing a kind of gathering that pulled us out of our liturgical rut and answered deep longings in our hearts.

Someone observant might have seen the implications of what this meant for the future.  To a growing number of young adults raised in our churches, our own worship was not wrong.  It was just in a rut.  Stuck in the weekly hymn-gospel service many had grown up in, we were longing for something else.  Sharp observers might have predicted that in a decade or two many of same things we snuck off to find in Charismatic worship would be the new normal in our own gatherings.  Guitars, drums, upbeat praise songs, people standing with hands uplifted – now the typical Sunday fare in church after church.

So, this is 2013.  Praise and celebration worship is everywhere.  It has helped many churches experience unprecedented growth for two or three decades.  It’s what we know.  It’s what we like to play.  It’s what we’re good at.  So, of course, it’s what we keep doing week after week.  For most people, it is the only style of worship they have ever known.  And so, like everything dazzling and new, while most are still contented, some are feeling trapped in a growing rut.

So, here’s a little secret people in Christian higher education know.  The sneakers have returned.  They do not advertise it.  Many do not post updates on it.  They think their parents would disapprove.  Their Youth Pastors might be alarmed.  It is not that they don’t want to worship.  On the contrary, they just long for something they can’t find in our Sunday worship or campus chapels.  They are not sneaking off to Pentecostal services.  They are sneaking off to Mass.

Many of you reading this post (demonstrating your interest in worship and an above average taste in blogs) already know this is true.  Some of you are among the guilty parties.  I’ve talked to colleagues at other colleges and graduate schools and I know it is true.  A number of young adults who have grown up in our churches and who stand and happily sing in our praise services, turn around and sneak off to liturgical worship on a regular basis.

They are not attracted to the idea of a single sanctuary filled with many separate bodies.  What they want is a church that may meet in many separate sanctuaries, but worships as a single body.

Professor of Church Planting Dave Smith, who serves on our faculty but lives in New York City, describes praise band celebrative worship as the “new traditional.”  It’s what the adults have known since childhood.  Like those in the 1970s who continued to bravely teach “evangelistic piano playing” (yes, a real college course back then), many musicians who are happy with the current normal in worship cannot imagine any young people would ever want to change it.

In future posts we’ll explore this from some other angles, including ways to gather an accurate assessment of our own church’s feelings about worship.  We’ll discuss things some churches are doing to address what younger Evangelicals are looking for in worship.

But, for now, let’s just be thankful for those sneakers among us who slip out in order to get their worship out of a rut.  They usually end up giving the rest of us a road map into the future of worship.

As I read this, it felt as if you were talking about me! I am Stone-Campbell of the acappella flavor. I remember "sneaking" into my first Pentecostal worship service in High School...and now I regularly 'sneak' into the morning Mass of the Catholic church and the monthly communion service of the Lutheran church in the small community where I preach. Glad to know I am not the only one. Thanks for the post! --Wes

Wes - I think it is a pretty broad trend. At least in the case of my sons, I think it is the longing for something ancient, much more use of reading scripture, and a radical departure from the glitzy pop culture we live in every day. One of them lives in Johnson City, TN and the church (S-C Christian Church) has an entirely liturgical service of Tuesday nights called Adoration. It is dominated by college and graduate age worshipers. For most of us, though, in either CoC or CC, that option is not available within our own tradition.

THANK YOU! I grew up in a very evangelical home and I've been going to mass for the last month or so along with praying the daily office out of a book of common prayer. Let's just say I've also been taking some hits from people in my church and family for doing such things. This is awesome! Thanks again for writing!

I've experienced a lot of different types of worship services but "contemporary" is definitely the one I've had the most of in recent years. But for the last couple of years when I worked in Campus Ministry, I would try to regularly attend our Thursday night Catholic Mass (I have a Catholic background, among others) and it was always the most peaceful and relaxing service I went to for the week.