The Doctrine of the Rapture: Keep it or Leave it Behind?

It is, frankly, outside the original intent of the blog to devote time to a doctrine like the Rapture.  It is certainly not directly related to worship.  And, as I note at the end, there are people on both sides of the issue who I feel honored to count as Christian brothers and sisters and dear friends.  Most importantly, when it comes to these kinds of doctrines, those who live consistent with the Lordship of Jesus in within the realm of His grace will not be left out or left behind or left anything when it comes to eternity.  Regardless of whether things ultimately unfold as you believe or in ways you either misunderstood or were simply, as part of finite and fallen humanity, to begin to image, it will not matter at the most practical level.

Still, I want to address the doctrine of the rapture.  This is part in response to some discussions on Facebook, where the article below first appeared in serial format.  It is also because I do believe, even in areas I insist are not central to our faith, doctrine and truth are nonetheless important.

Introduction: What is the Rapture Doctrine?

In the long history of emerging bizarre teachings that have plagued Christianity, there are few dogmas that can match the strangeness, newness, and lack of biblical support than that of the doctrine of the so-called Rapture. That is, at some point prior to the Second Coming of Christ, the saved will be instantly and miraculously transported out of this current sphere of existence into the presence of Jesus Christ. When this happens, two people might be walking together in a field or in bed together as husband and wife, and one might be taken up in this unexpected Rapture, and the other would then be left behind. Since all this happens without prior notice, it might well mean the driver of a car or the pilot of an airplane could unexpectedly vanish, while the unsaved passengers would find themselves suddenly in a driverless car or pilotless airplane.

What about the Babies? 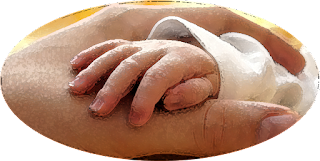 Human lives are marked out and segmented through ceremony and ritual.  This is as true for the non-religious as the faithful.  It is rooted in our shared humanity, which is to say it is rooted in Eden, not Pentecost.

Weddings.  Births.  Deaths.  School graduations.  Joining the military.  These life transitions are marked out by ceremony and celebration in every culture and major religion.

It is as if we are driven by some innate need, as evidenced across a broad swath of human cultures, to mark out the great transitions life through a planned gathering and sharing of certain expected activities, words, or behaviors with family and friends.  These life-marker ceremonies are typically both familial and religious, tied as they are to both identity and time.